Clay shooting: what you need to know about three main disciplines 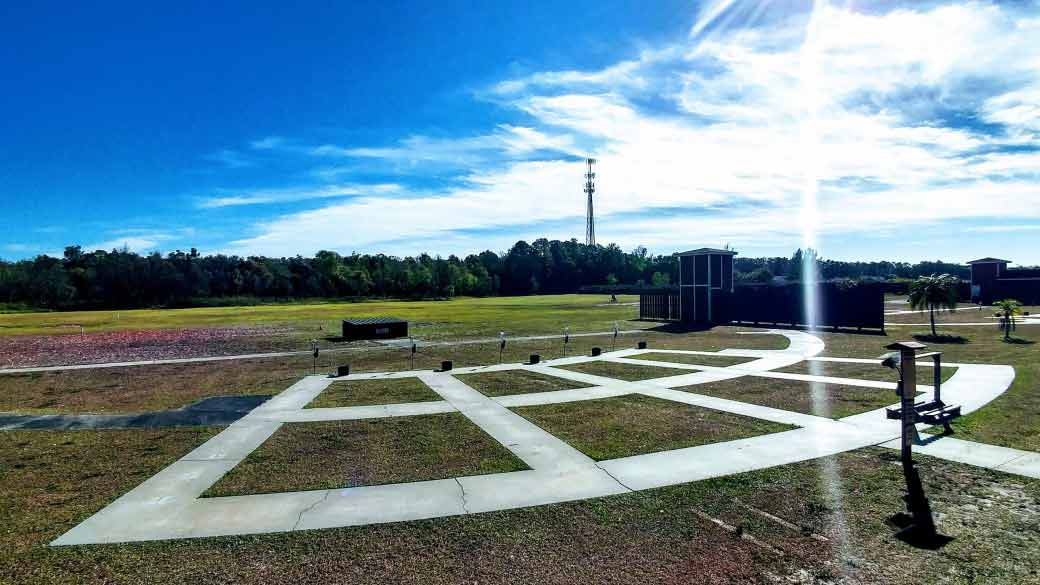 In a game of trap, there is a single trap house and five different shooting stations. Shooting stations are usually set 16 yards back from the trap house, though you may choose to shoot from a larger distance. The clay targets that are launched are all outgoing targets, and in most American Trap games, the trap machine throws clays at a slightly different angle each time. That means you never know which way the target will fly: straight-away or at any angle to the left or right. The shooting stations are numbered 1 through 5, from left to right. The shooter who starts at the station one is the lead shooter – he or she is the first to shoot. Then goes the second shooter, then the third and so on. After all five shooters have shot once, the lead shooter’s up to shoot again. The game goes on this way, with each shooter taking a turn to shoot one target until each shooter has shot five times.
After each shooter has shot five rounds (targets), each shooter shifts one station to the right, and the shooter that started at station 5 will move to station 1.
After the first rotation, the squad leader is the first person to shoot the next round– not the shooter who is at station one.

The shooting continues until every shooter has shot a round of 25 targets – 5 at each station.

Another common type of trapshooting is Handicap. For that, a shooter stands anywhere between 17 and 27 yards away from the trap house (compared to regular 16 yards). The distance usually depends on your scores – the better you shoot, the farther back you will be pushed.

And the third popular one is Doubles. Shooters stand on the 16 yard line and shoot at two clay targets launched at the same time. Shooters get to fire one shot for each target. A standard round of doubles consists of 25 pairs, or a total of 50 targets.

The skeet field is a bit different from trap field. There is a low house, a high house, and eight shooting stations. Both traps in the houses throw targets at fixed angles. High-house targets start at about fifteen feet above the ground, moving from left to right. Low-house targets move right to left starting from a point about three feet off the ground. Skeet is usually shot in squads of five shooters and consists of 25 targets per round. Shooting order is the following:

The first target missed is repeated; the repeated target is called “the option bird.” If no miss occurs in the round of 24 shots, the option bird is taken as a single low house target and shot from station eight. 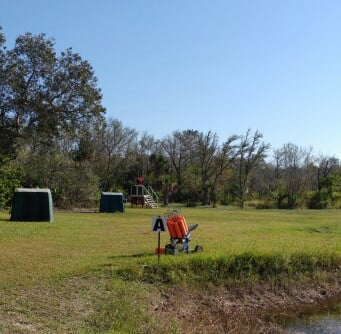 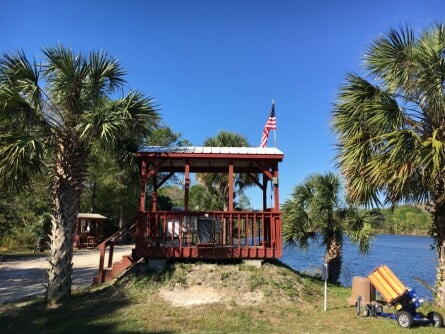 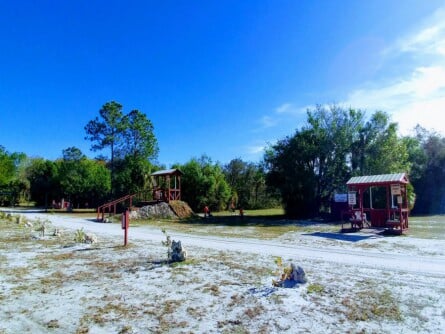 Sporting clays game is designed to simulate a variety of real hunting situations. Shooters follow a course, shooting targets presented differently on usually 10 to 15 stations. There are  3 trap machines on each station, labeled A, B, and C, although sometimes there can be 4 traps. Typically, A target is the easiest and C (or D) is the most challenging. Sporting Clays are thrown in combinations of singles, pairs, and with generally 6 to 10 clays thrown per station. A full round of Sporting Clays in most cases requires shooters to perform 100 shots.

"A perfect day would be to get into the car, drive
out to Yosemite and go camping."